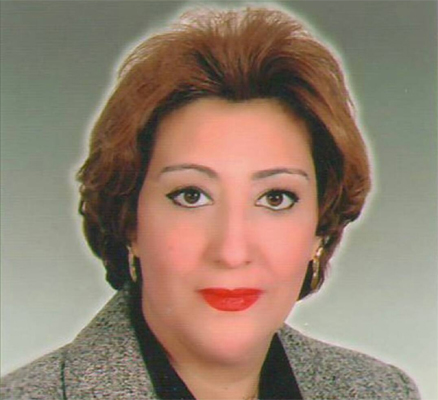 We have never believed that the American embassy in Egypt is turning into a headquarters for ISIS in such a horrific manner and all its employees are extremists.We heard this a lot but we did not imagine this racist Wahhabi Islamic coup inside the American embassy in Egypt thinking that the Trump administration has disposed of all the human waste left by the previous administration.It is supposed to have cleaned the White House from the remnants of the extremist democratic demon.As we always used to, our articles were supported by documents or calls.

The story started after an American friend sent an official document that had to be attested by the American embassy in Egypt.He sent two copies of the document, the first was sent to the US embassy being a US citizen.This is according to what US law stipulates that his correspondence and official documents should be attested by the American embassy in the desired country.The other copy was sent to our address and we went to the embassy to receive our attested copy.However, we could not enter and the conversation was with the ISIS embassy via landlines and switches.An extremist ISIS lady contacted us and assured us that she is not the one who receives American letters in Egypt.She insisted that she has nothing of what we are talking about and we have repeatedly tried to clarify to her and we gave her the letter number, and the name of the FedEx employee who delivered the letter to the security officer inside the embassy.But she insisted that there are no letters.We despaired of speech, explanation, sophistry and calls that did not work.After we have left the embassy’s land, we returned empty handed.After about a quarter of an hour,we found our mobile phone ringingshowing US Embassy on the True caller knowing that we have never called from our mobiles.We found someone who assures to us that the document is already with them and they will contact us again in order to set an appointment for the interview and receive the document after being attested from the embassy. Wechecked the veracity of the speaker’s words (Mr. Ramadan) because he spoke to us on the private mobile number written on the internal envelope of the letter. This was on Thursday, June 4.On Friday, June 5, the day following Mr. Ramadan’s call,another ISIS lady contacted us so that we could hear low class attitude and word and told us that we do not have any papers.So we asked her if your words were correct from where did you come with our private number? She immediately switched off the phone.A friend advised us to send an e-mail to the embassy, thinking that it was the US embassy! And because they are racist Egyptians from the same extremist groups that tried to sabotage Egypt before, no one answered us.We contacted the doctor who sent the letter who contacted them and clarified the matter to them and asked him to send an email explaining the matter in full and he did contact us to tell us to contact the embassy the next day.Indeed, we contacted the embassy on Tuesday, June 9, 2020.The story started from the very beginning for the fourth time and perhaps the fifth time.The call is recorded. The ISIS daughter of Obama and Hillary closed the phone when I asked her seriously (when the American citizen wants to attest an official document that he sends from America to you or to the caliph department?) She did not bear my question and the phone was closed to us again!

After all that was listed, we had to ask: Does the White House administration know all the violations that we, as Egyptians, Copts, and Christians, are exposed to from extremist employees inside the American embassies, headed by the Egyptian embassy? Is it true that 90 percent of Egyptian embassy staff are ISIS sons Obama and Hillary? Did the White House administration really let the Egyptian ISIS spoil it, as they tried to do in Egypt? Is the US administration waiting for them to come to rule in the largest country in the world, enter the American army, and hand over American soldiers to terrorists? Didn’t the American administration learn the lesson from the hanging wolf’s head in France, Germany and Canada, and how much terrorism and intellectual destruction is going on in them?Was it not the anarchy that occurred in all the countries that invaded a warning message and an alarm bell for the American administration? Did not those in the White House sense how much hatred among these mercenaries towards America and its constitution? Did it not pay attention that they wanted to sabotage and overthrow the economy and the American entity as a whole through embassies in the Arab countries and Egypt? And their rejection of the visa requests of Copts in Egypt and Christians in Arab countries, because these tourist, medical or educational visas generate income for the United States of America and limit those resources and entry to the national economy and ignore and rejection of these visas! For everyone who is concerned, it is necessary to check, through the requests submitted, that were rejected by ISIS inside the American embassy in Egypt.It must be checked that the American ambassador in Egypt is not absent and excluded, and also make sure that he has a decision maker in the embassy, as he cannot answer the telephones from the Americans. Egyptian ISIS embassy staff in Egypt is ignoring his existence! Or is the ambassador in Egypt part of the sabotage democratic party? Or was it controlled for his weakness or because he was bribed (love of money is the root of all evils).It is certain that (your American ambassador is out of service,a puppet sitting on the embassy chair) in addition to that a visa is granted to the Egyptian ISIS, their friends and their families through their relatives working in the American embassy in Egypt to allow them to prepare them later by demanding the administration of the White House and the American administration become from ISIS and the sons of Obama and Hillary and as they tried to sabotage in Egypt will soon happen in America. The administration, the Pentagon and the investigation will be under the auspices of ISIS and which is causing the crises and trying to topple President Trump now through the demonstrations of the Islamists and black banners holdersand a number of Mexicans, political opponents and The Democratic Desolation Party that brought about the racist administration represented by Obama.Certainly the issue is not an issue of religions as they try to show it to the world, but their aspirations for ruling of the largest country in the world so that American women and their daughters become mere robbers who are raped and violated and to be sold like the commodity to ISIS Bedouins who know nothing about women other than it is just a toilet to empty their sexual energy.As they did in Syria, Iraq, etc., and all this revolution in the name of religion for this cancerous expansion and diabolical authoritarian ambitions in which some Arab countries have fallen and they are trying to topple the current American administration and destabilize the American Stability due to the death of a black man bythe hand of a white policeman!The case was exaggerated and described as American racism! Do you think that this individual incident during the Obama administration would have caused all the commotion that led to these demonstrations in the streets of America? Why did they not make such demonstrations when Yezidis women and girls were raped while chained and sold as slaves? Why did they not do that when the Syrian women were raped by the Islamists? And why did they not demonstrate when the Coptic women were stripped naked? Why didn’t they demonstrate when two Coptic women were slaughtered by Sheikh Ramadan, a resident of Al-Warraq neighborhood? Why did they not go out in demonstrations when the priest SamaanShehata was killed by an extremist Muslim man? How long have they gone out to combat racism in their country? Since when are the rulers of their countries black? Since when have they been defending the rights of minorities? Since when do their Arab countries have Christian or Coptic rulers? Masters, racism is racism and principles are indivisible, and after all this comes out to us who claims the American racism that made him a human being.

If America is racist, you should leave it immediately and return to your countries that have uttered you and uttered your tyranny and ambitions! And the American administration should, if it wants stability, get rid of all the extremist Islamists inside its states and its embassies in the Arab countries, especially Egypt.